The Canada 55+ Games are held every 2 years. Competitors qualify at Provincial Championships the previous year. Summer and Winter events are combined

The Games were held this year in Brampton, Ontario from August 16 – 19. Over 1,700 competitors ranging in age from 55 to 97, from 9 provinces and 2 territories participated in competition and social activities. Team Alberta consisted of 278 competitors.

To qualify, the team had to earn the Gold Medal at 2015 Alberta Provincial Games held in Lethbridge.

The team started with a strong game against Nova Scotia, stumbled over the next couple of games and finished the round robin portion in 4th place thanks to a win over Saskatchewan.

A win over British Columbia earned the team the Bronze Medal. Gold went to Team Northwest Territories and Silver to Team Ontario. 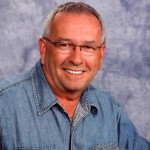